It’s taken me 7 months to share this photo publicly.

I suppose I wanted to take some time to really ponder, to really reflect what this picture represents.

I get teary just thinking about it.

I made this sign and carried it to the top of Stone Mountain this past March. (Actually, let me clarify that my sweet friend Sue offered to carry it for me.) I got the inspiration for the words, “I Lived,” from the OneRepublic song blowing up the radio then. More so, I wanted to make a statement when I got to the top of that mountain representing one of my greatest fears, a literal mountain that I needed to conquer in my life and in my faith.

So I made it to the top, and with the background of my hometown Atlanta behind me, I made my statement.

It tells my comeback story. It points to the impossible that my great Healer God has made possible in my life. I can’t tell you how many times I was ready to give up after having my life, my heart, my every hope and dream shattered on this mountain.

I do recognize I did have a choice in the matter. I could have chosen to let tragedy very well destroy my life.
I chose to lift my hand up to heaven instead.
I chose to enter into my sorrow, to a storm so intense, to a pain so deep. Jesus, only Jesus, could meet me in it.

And He did.
And eventually He led me through it.

These last few months have been a season of treasuring what God has done and continues to do in my life.

Often in the Old Testament, God calls His people to create a memorial so that they could remember what He has done for them.

“Then Joshua said to the Israelites, “In the future your children will ask, ‘What do these stones mean?’ Then you can tell them, ‘This is where the Israelites crossed the Jordan on dry ground.’  He did this so all the nations of the earth might know that the Lord’s hand is powerful, and so you might fear the Lord your God forever.” – Joshua 4:21, 22 & 24

“Then you can tell them…” I love that line.

I’ve got the biggest memorial in all of metro Atlanta, the very mountain that I swore I’d never be able to look at again. I’ve got almost every spot around the city where I can catch a glimpse of it memorized; I’ll even catch it at times from my airplane window.

I was chatting with a mom friend a few weeks after the holidays about what she puts in each of her boys’ Christmas stockings. She told me one of their favorite things is super hero band-aids. I laughed, “What kinda gift is a box of band-aids?” She proceeded to tell my non-parent self that the kids’ designs costs triple the plain flesh-colored ones.

No wonder kids show off their band-aids. Sporting their fave cartoon character while garnering sympathy for their “boo boo” comes at a high price!

I have to admit, I love a good band-aid. But I pay extra for the one’s that are translucent on the sides to offer as little visibility as possible. Unlike kids, I don’t want to draw attention to my wounds until they’re closed up, scabbed over and on the way to being healed. And this squeamish girl certainly doesn’t want to see what’s underneath until all that’s left is a scar.

This very attitude can translate internally to emotional wounds too. We can bandage our hearts from the hurt and pain we’ve experienced. Of course, when the wounds are fresh, it’s wise to protect our hearts, and to only share our hurts with trusted confidants. Removing such protection too soon could do further damage.

Still, there comes a time when the band-aid needs to be taken off. Just like the skin, leaving it on too long can cause it to get stuck, making it all the more painful to rip off.

We’re left with the scar. We often wish the scar would go away too. We want our skin, and we want our hearts to be just like they used to be.

But we’ve been through something that’s caused a deep wound.
And the scars left behind are our reminder that we will never be the same.

I’m here to tell you that God can heal the most gaping holes in our hearts. He did that for me. I have a scar to show for it.

But it’s important for me to remember that it’s a scar, it’s no longer an open wound. A scar is a sign of healing. A scar is not meant to be debilitating.

Yet, just like any scar, it still hurts when it’s hit just right. My scar’s been hit a few times lately, even as I walk toward the 5 year anniversary of Tony’s passing later this month. But I now see the tears that flow from these moments differently. I can look at them as reminders of how far God has brought me and a testimony to His unfailing power and His relentless love.

I also take great comfort in knowing that my great God’s only Son has scars too. And those scars from the cross mean that my scars on this earth will one day be wiped away, for eternity.

As it says in Isaiah 53:5, “By His wounds we are healed.”
By His scars and my scars, I remember His great love. 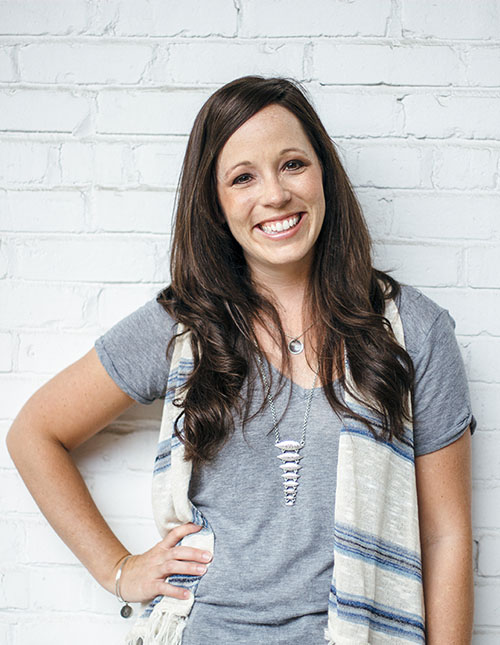 I'm just a southern-grown Atlanta girl living a story so much larger than I could have asked or imagined. In my writing are threads of my story and experiences of two years of marriage to a man who lived life to the fullest. It's filled with my new-found perspective on life and faith after earning a four year degree in Widowhood 101. More than anything, my desire is that it's an authentic reflection of how I desire to live each day…dearly loved, joyfully present, and unswervingly hopeful in the One who is my source and life.